I live in a forest environment, in Picardy. These ever changing and highly vulnerable surroundings have a great impact on my artistic approach. 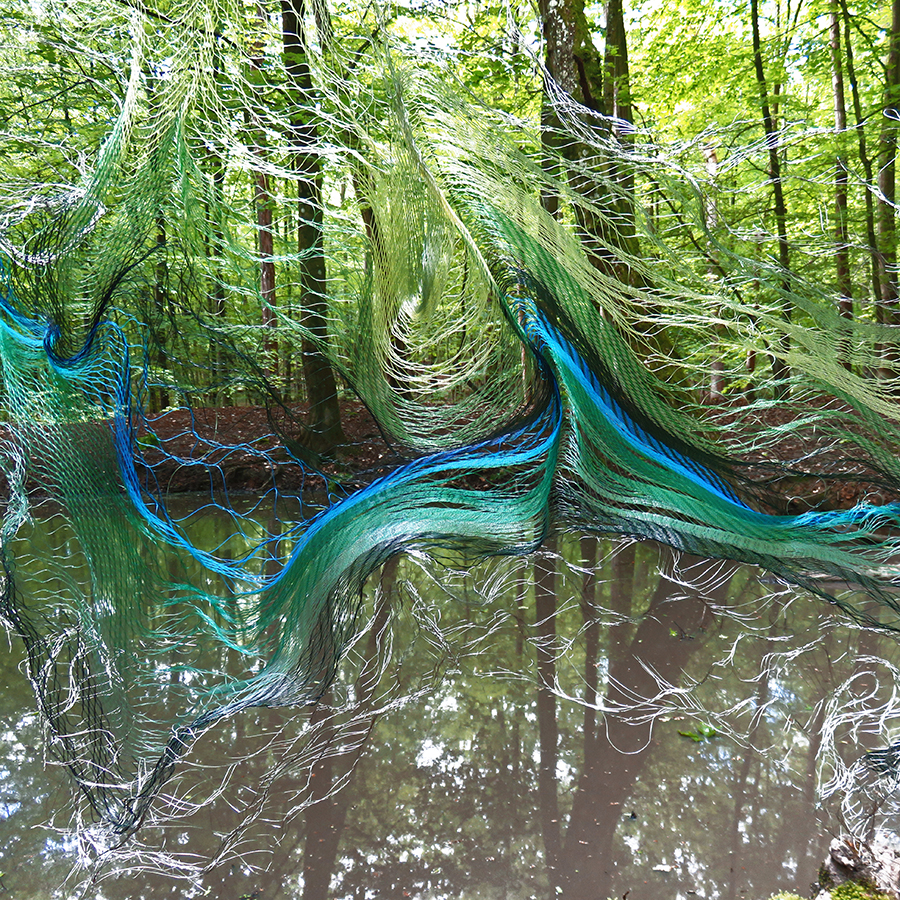 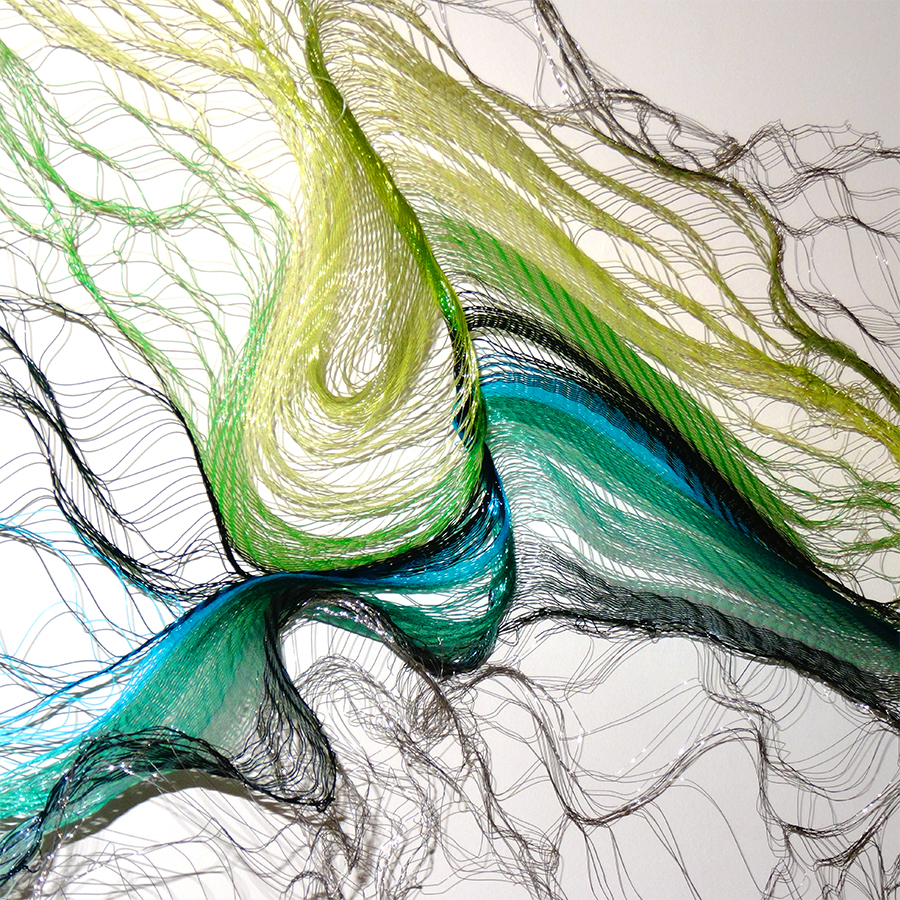 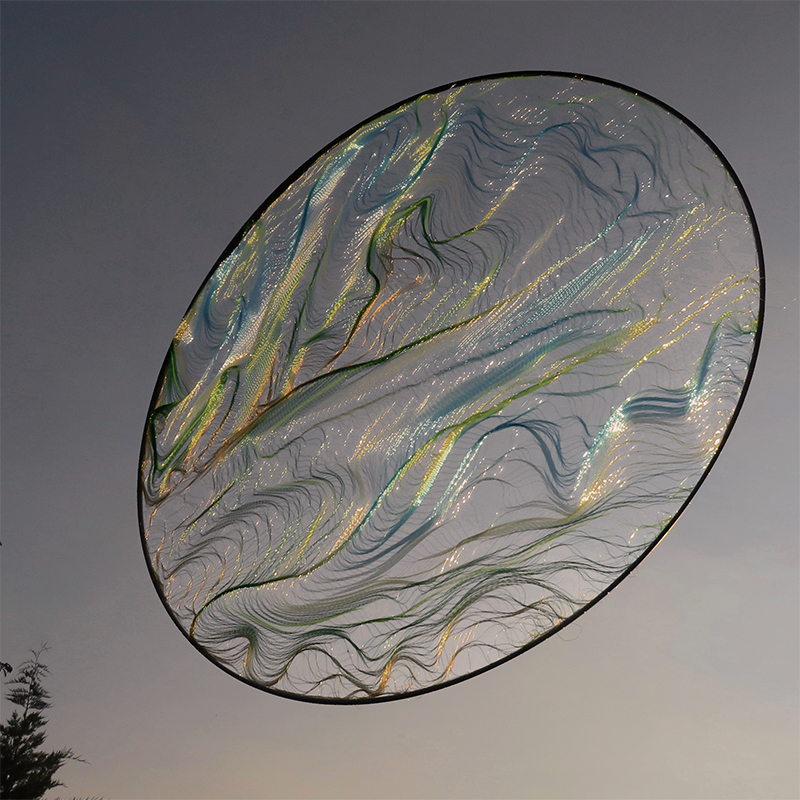 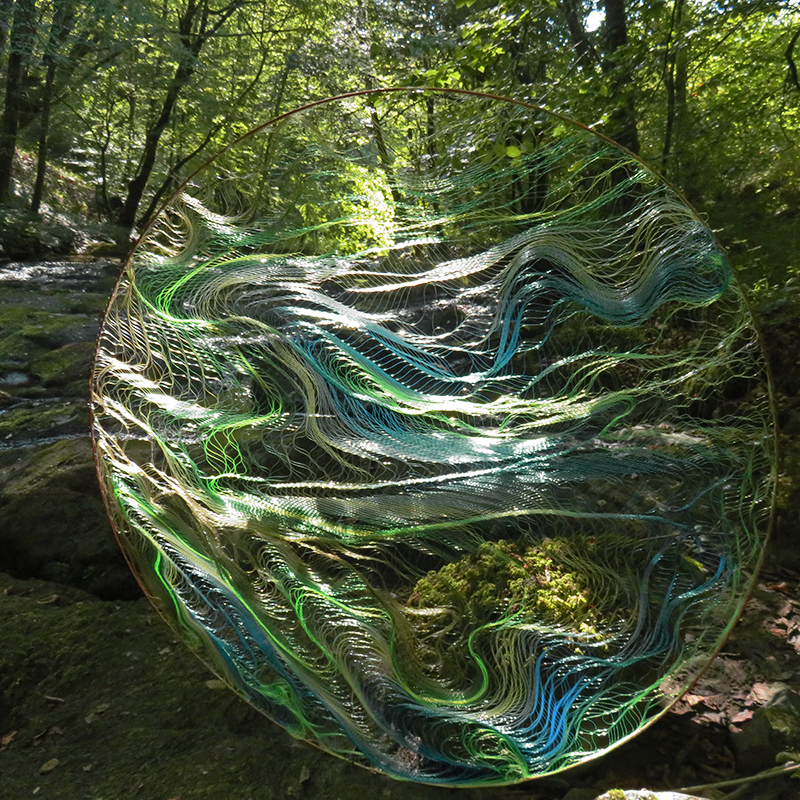 I try to underline a feeling of fragility by placing lacy, transparent textile pieces in the city, forest or river spaces.

I use the notions of flexibility and transformation to do very light, ephemeral installations ; alternately traps or offering, my structures are never frozen, they vibrate between light and shadow, they move in the wind, in a succession of contradictory images, which reflect a plural reality. 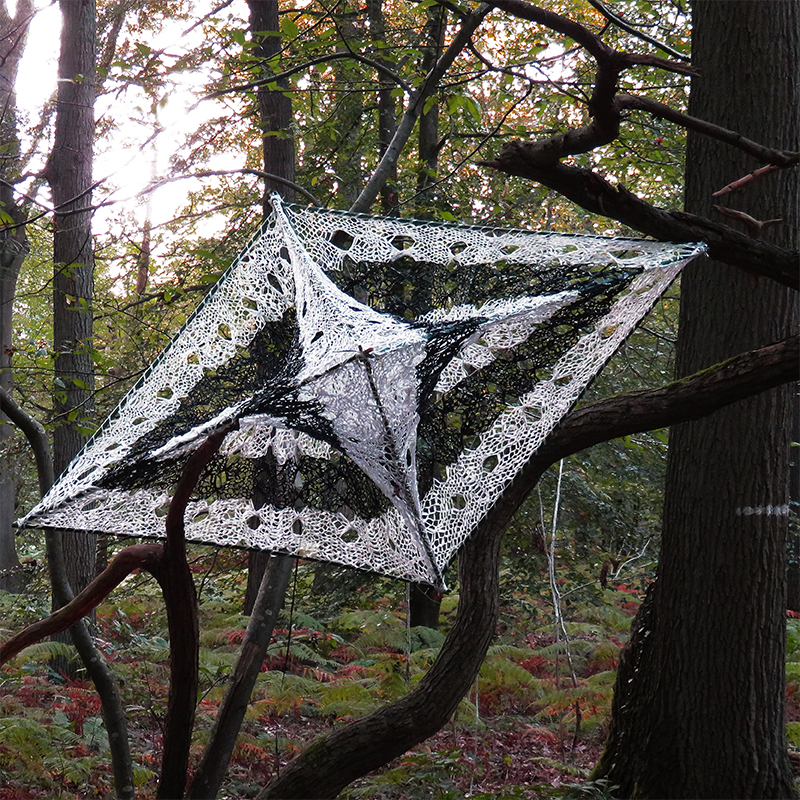 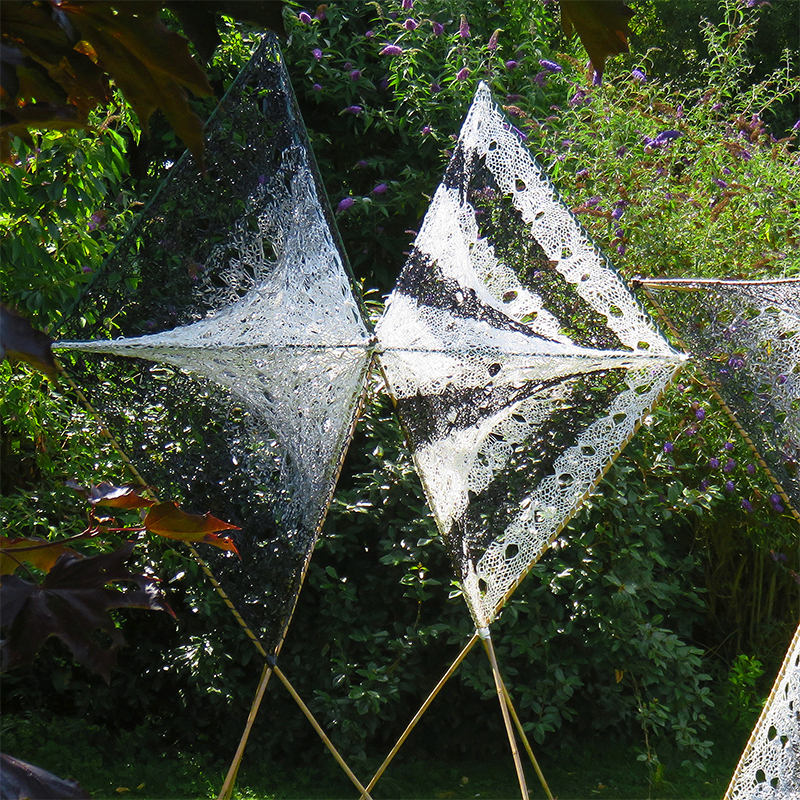 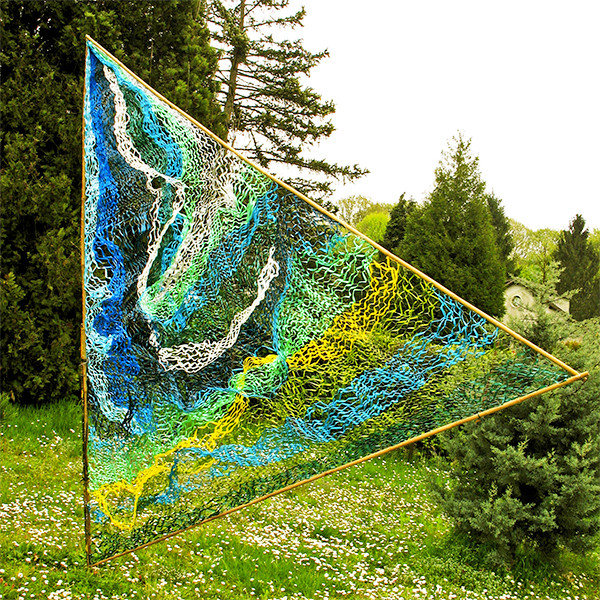 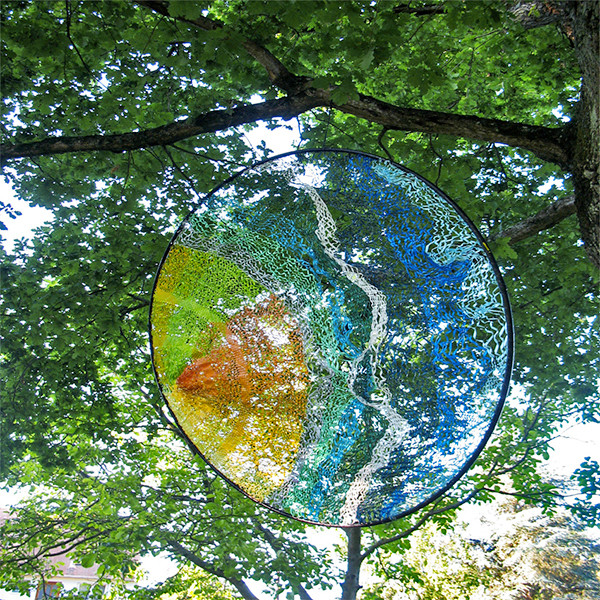 The gift ribbon is one of my favorite materials ; it is common, it becomes very promptly discarded, but it is also attractive, a symbol of presents, joy and feasts. By playing with this ambivalence, I braid it into eye catching nets, to do fleeting and seemingly paradoxical installations.

Thanks to its weightiness, its flexibility, its excellent resistance to bad weather, I am able to transform and recycle my works many times, and to offer another image to this poor material that is in fact pretty expensive. 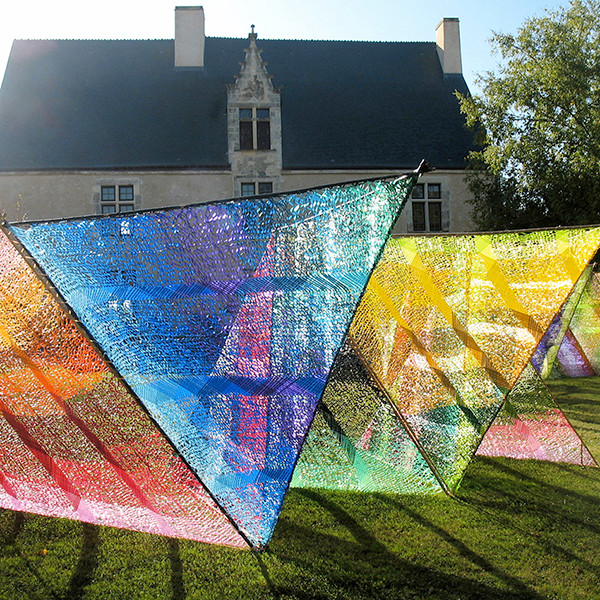 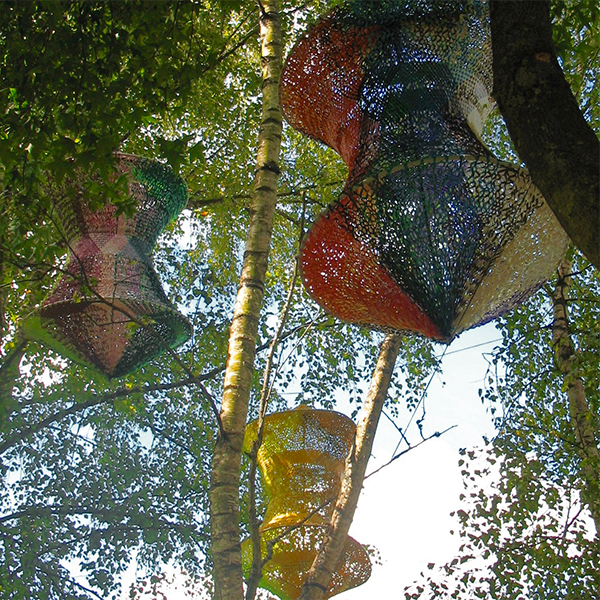 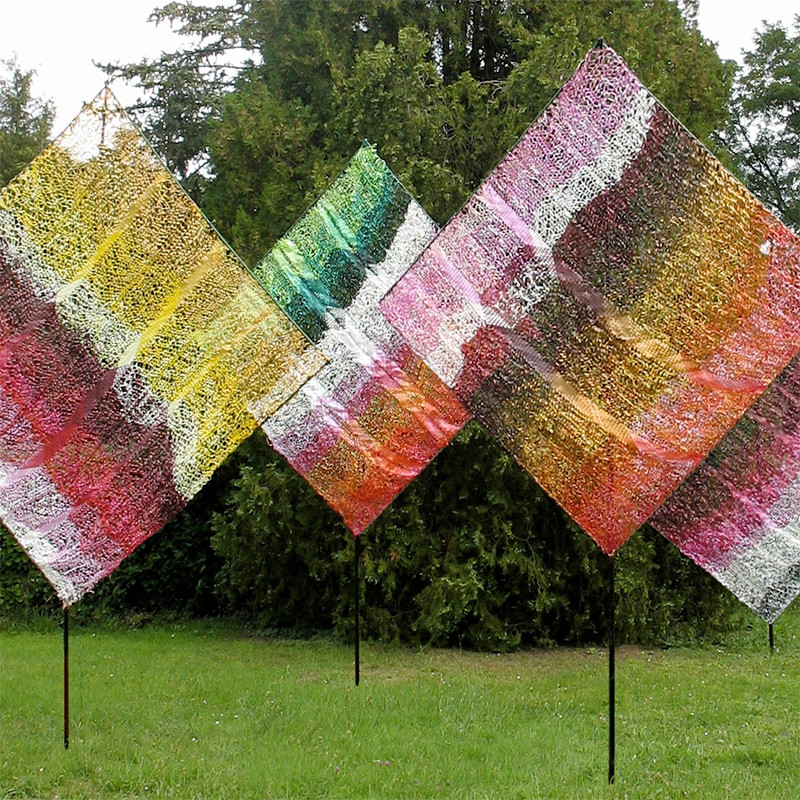 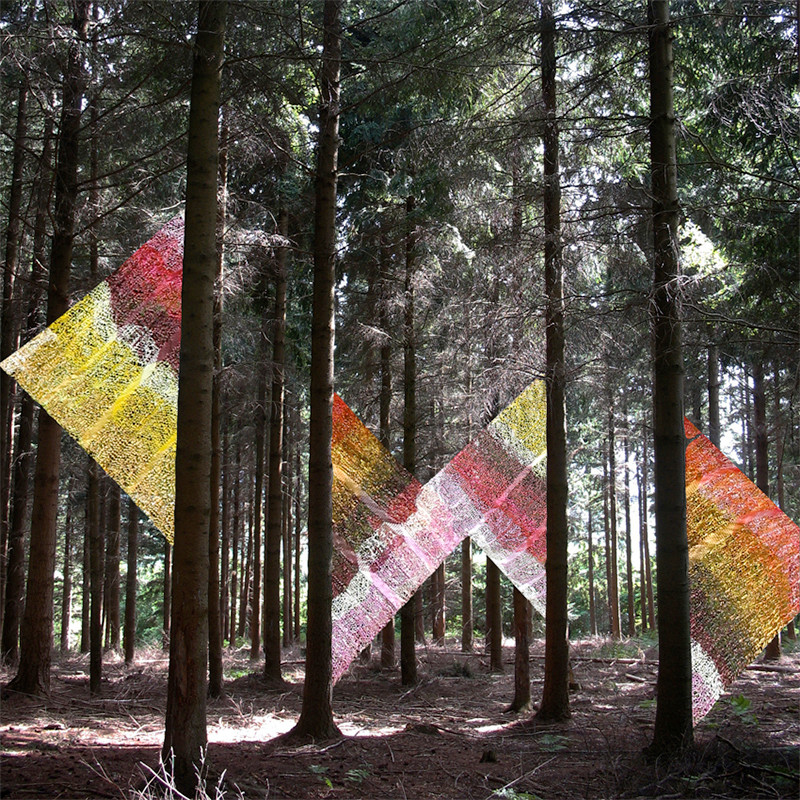 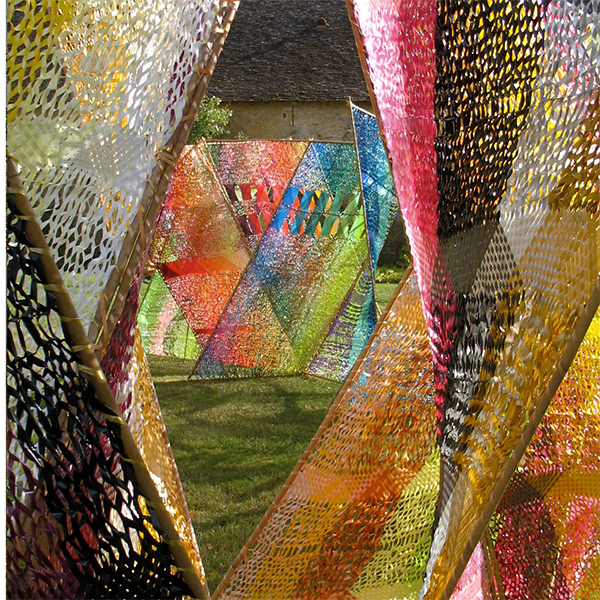 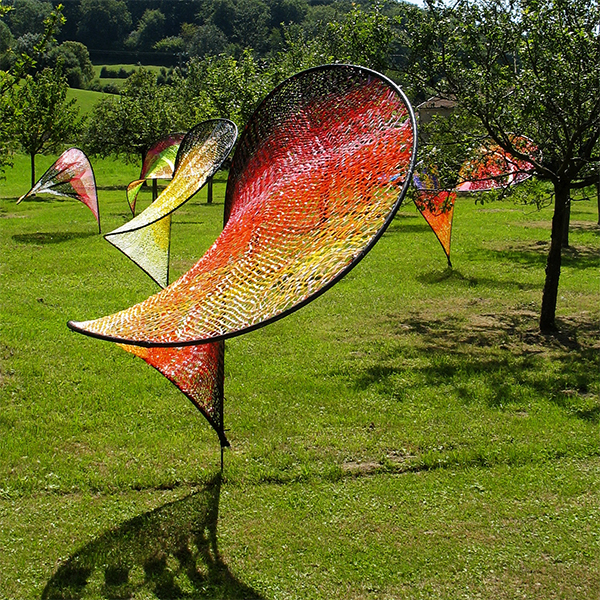 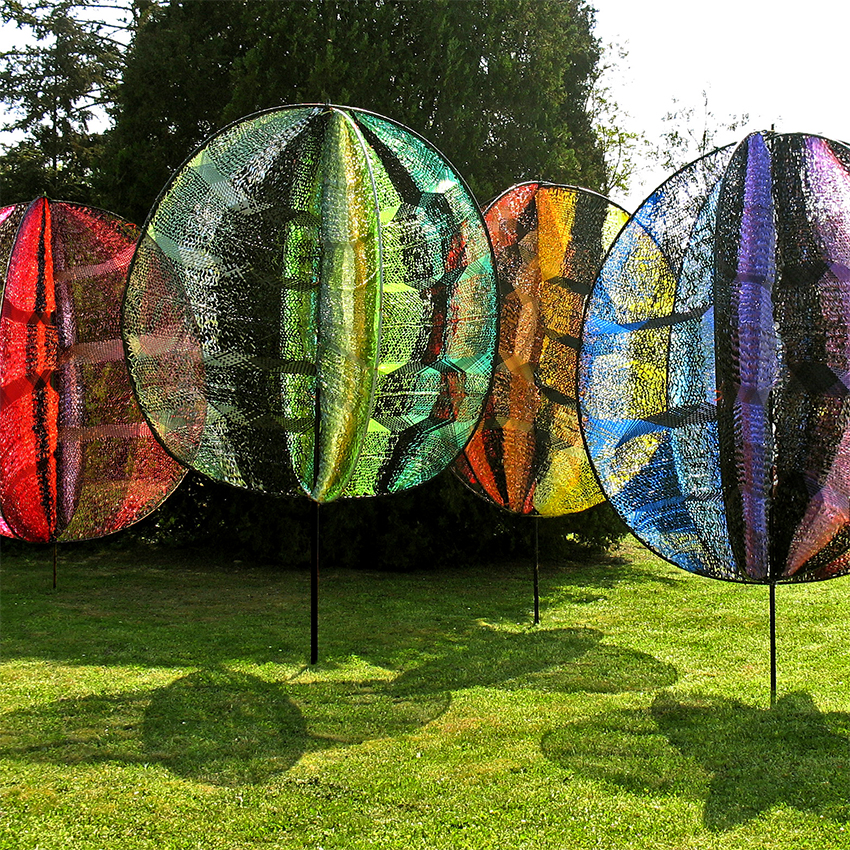 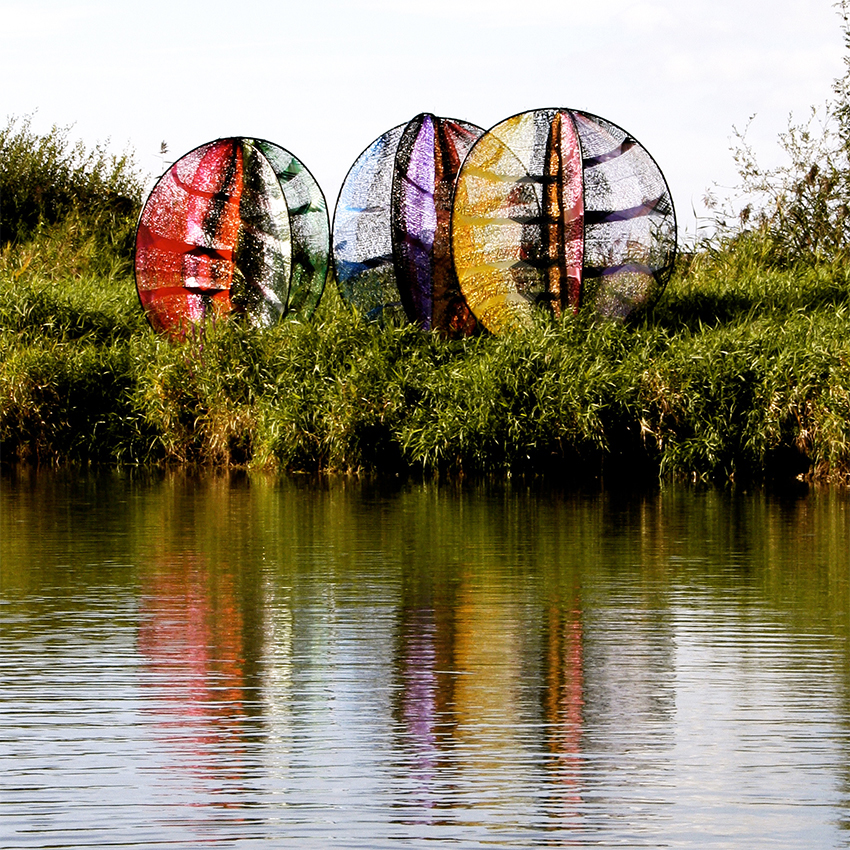 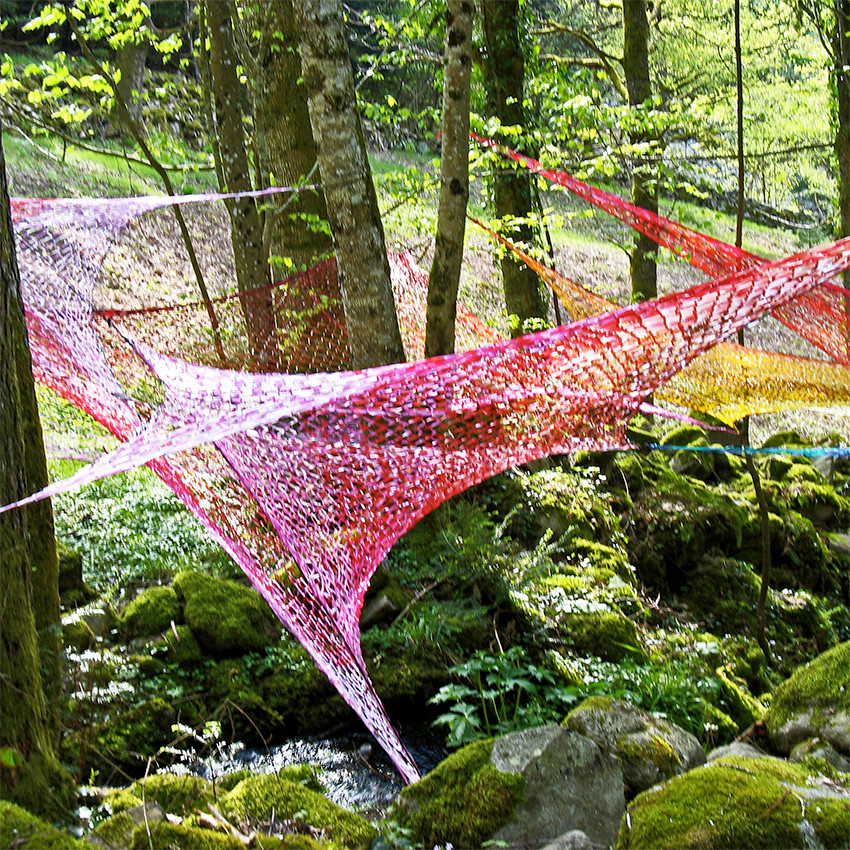 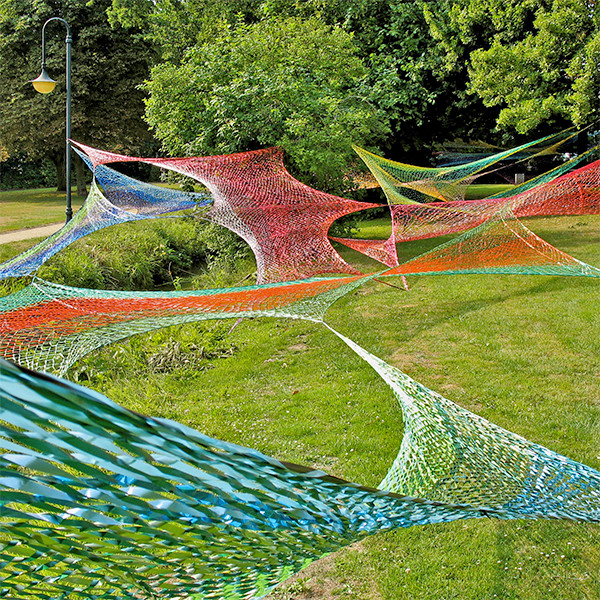 When I work in public space, I enter the people's daily  setting. Even if my Installations are fleeting, they create a slight change of scenary for passerbys ; I think it is never anodyne, and I emphasize each time about the harmless, aerial and temporary aspect of my landscaping Installations. 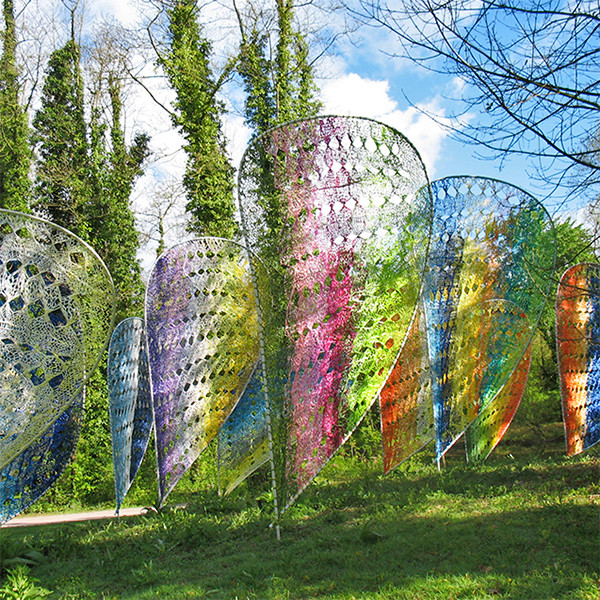 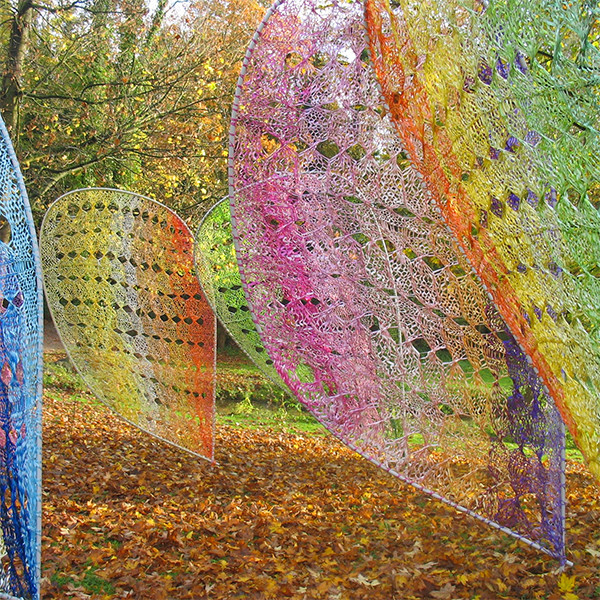 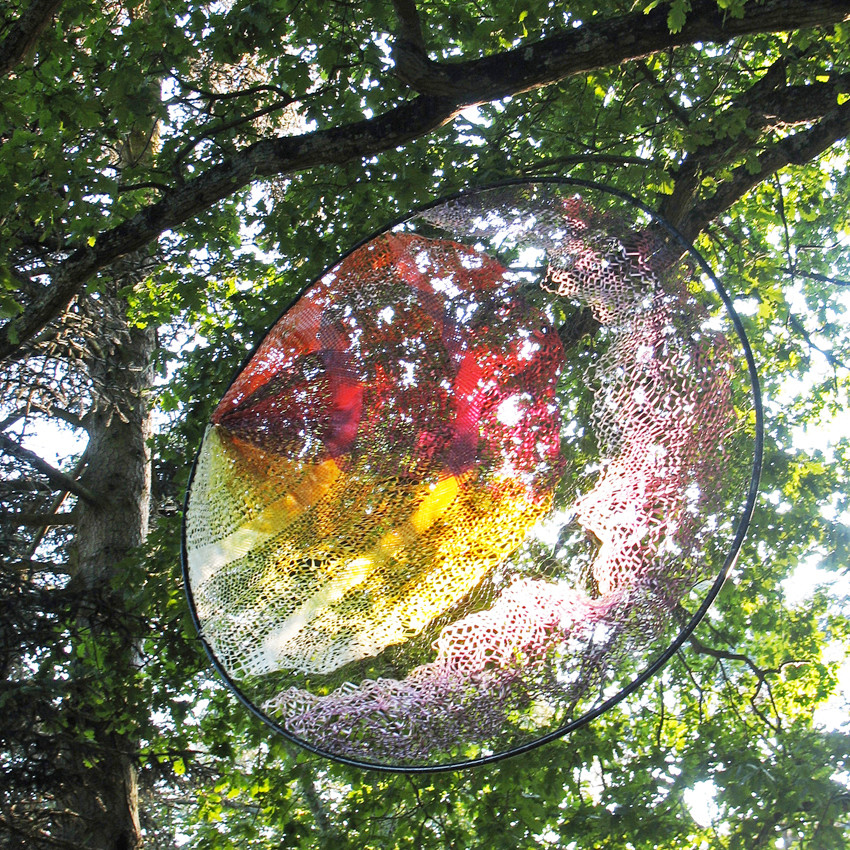 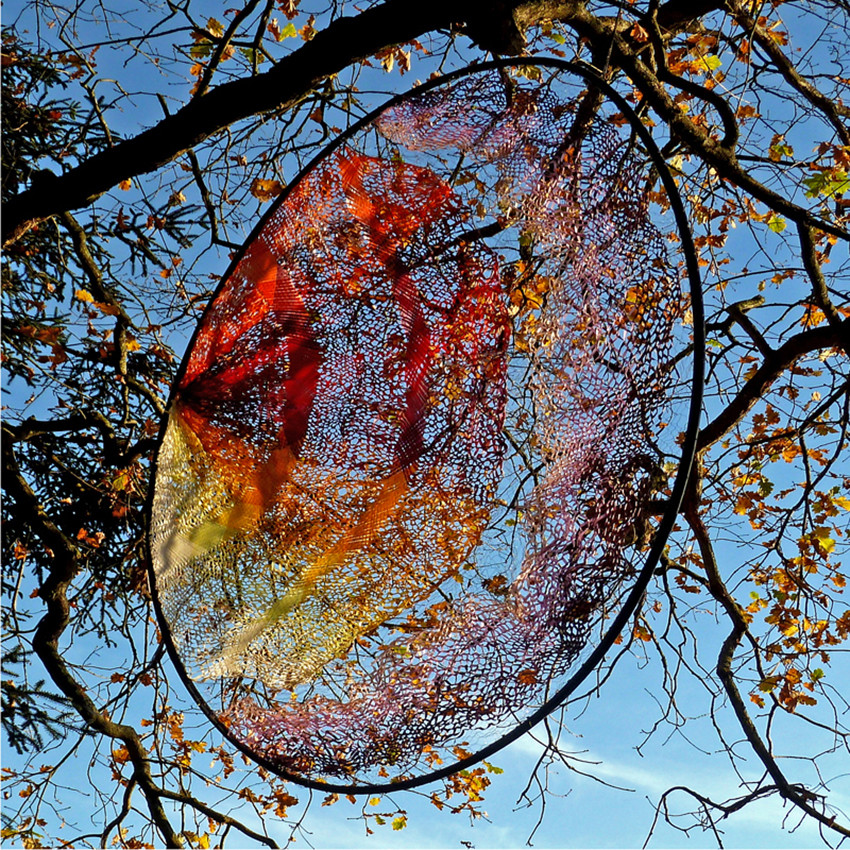 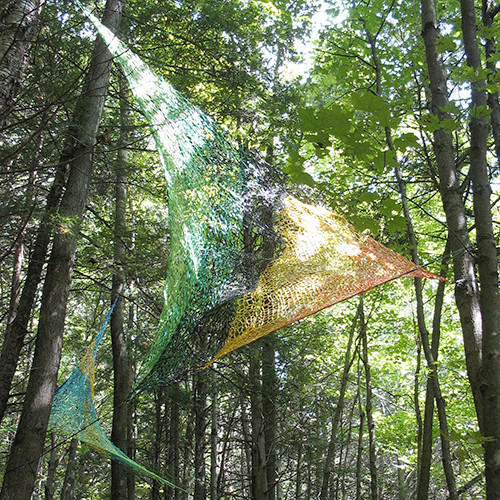 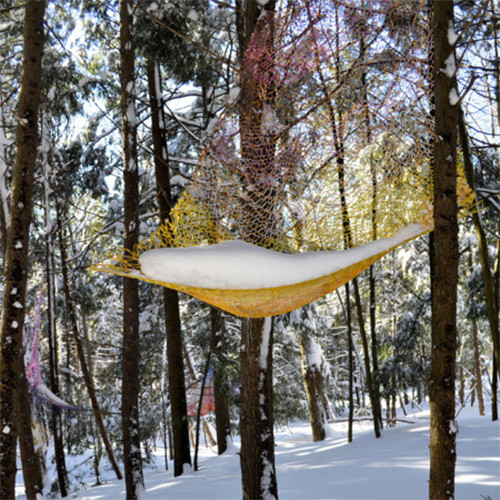 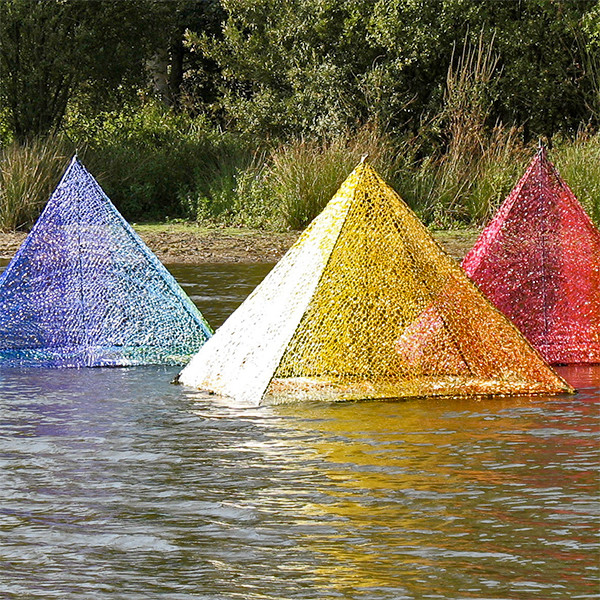 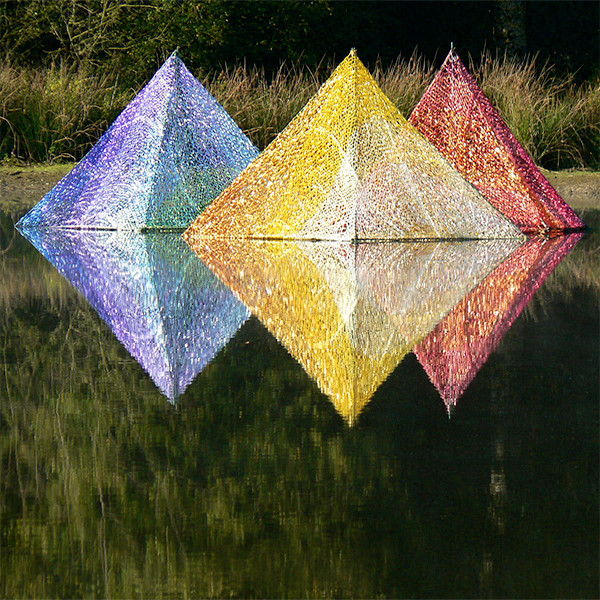